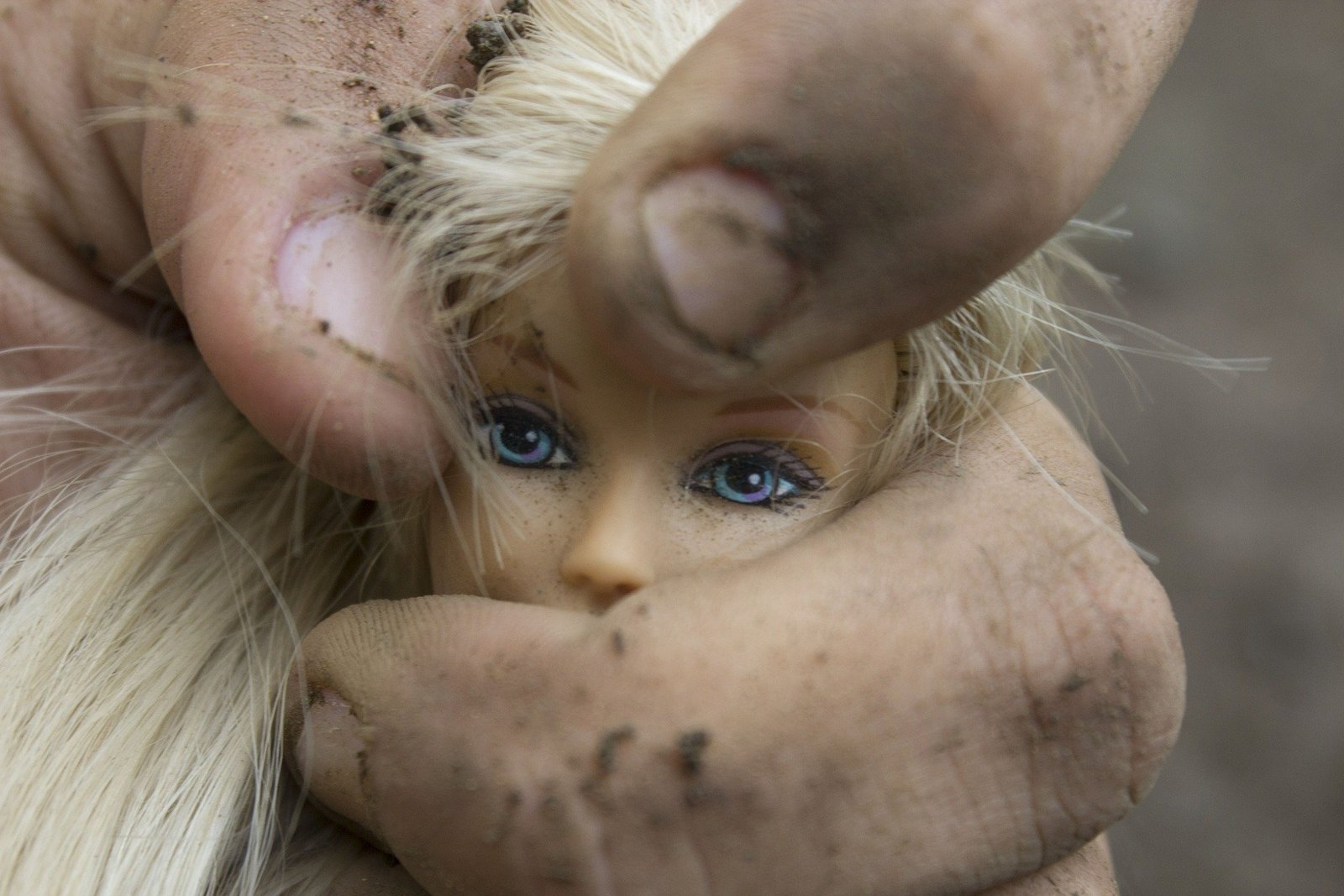 The faux-left believes that payment transforms labour from alienating to liberating – at least when it comes to objectification of women.

We see a lot of people claim to both be progressive and left wing while also supporting the entrenchment of sex-role stereotypes, discrimination against women and the sale of female bodies. Just look at the embarrassment the Labour Party has become: members bullying MPs who dare to question the impact of denying the reality of sex for women’s sex-based rights.[efn_note]R. Sylvester & A. Thomson, Rosie Duffield: ‘It feels like Gilead where women aren’t allowed to ask questions’, The Times (12 October 2020), https://www.thetimes.co.uk/article/rosie-duffield-it-feels-like-gilead-where-women-arent-allowed-to-ask-questions-2gvv39g96[/efn_note] Repeating the mantra of ‘sex work is work’ and campaigning to decriminalise the pimping and buying of women and girls.[efn_note]C. Smith, ‘Labour’s Grassroots Are Fighting for Sex Worker Rights – and They Might Win’, Vice News (27 September 2019), https://www.vice.com/en/article/qvgza7/labour-policy-sex-work-decriminalisation,
Anon, ‘Corbyn’s stance on prostitution lets women down’, Women’s Equality Party, https://www.womensequality.org.uk/corbyn_s_stance_on_prostitution_lets_women_down,[/efn_note] Activists within the Labour party publish articles arguing that ‘Selling sex is a working class job. It’s time for Labour to stand with sex workers’.[efn_note]J. Mac, ‘Selling sex is a working class job. It’s time for Labour to stand with sex workers’, Red Pepper (24 September 2018), https://www.redpepper.org.uk/selling-sex-is-a-working-class-job-its-time-for-labour-to-stand-with-sex-workers/[/efn_note] The Labour party is of course not the only party which is promoting misogyny and homophobia in the guise of trans rights or the sale of women and girls to men. The Lib Dems in this regard are the worst offenders.[efn_note]S. Daisley, ‘The Lib Dems’ transphobia meltdown is complete’, The Spectator (20 September 2020), https://www.spectator.co.uk/article/the-lib-dems-transphobia-meltdown-is-complete, https://www.libdems.org.uk/f9_towards_safer_sex_work[/efn_note] However, all political parties promote the removal of women’s rights to some extent. One thing that is common to men of all political leanings is their desire to control women. Some women, particularly young women, have decided to support and champion men’s rights in order to get ahead in this society which is bonded on the idea of women as second class, as ‘less than’. It has always been more profitable to uphold the status quo than to challenge it. The status quo, and that which these young women are groomed into, is the idea of women as Object, as a thing to be used to meet male wants. Objectification is promoted through pornography, media, music, and day-to-day life. Objects have no inner-life of their own, no integrity of being, and exist to be consumed. This – people as things to be used by those with more power – is only adopted as a left-wing principle when it is applied to women.

The objectification of women and girls and the reification of how women and girls relate to other people and experience the world is as far from left-wing as possible. The faux-left may champion the sale of women and girls to men as empowering and celebrate the transformation of human nature into a consumer item, but they are wrong. As always, the faux-left have garbled philosophy. This is the consequence of learning from Tumblr and memes. They have transformed Marx’s philosophy of history and social change which understood the changing relations of work in different economic modes of production that occasioned different social inequalities and exploitation, the relationships of domination, such as racism and sexism, became to the faux-left ‘let’s sell ourselves and others, it is liberating’. In contrast, Marx and Engels argued that turning all labour into a commodity to be bought and sold alienated workers.

Marx viewed women’s oppression as resulting from their objectification. In On the Jewish Question, published in 1843, Marx argued that ‘the relation between man and woman… becomes an object of trade! The woman is bought and sold’.[efn_note]‘Karl Marx’s Economic and Philosophical Manuscripts, Third Manuscript: Private Property and Labour’ <https://www.marxists.org/archive/marx/works/1844/epm/3rd.htm> [Accessed 15 March 2019].[/efn_note] Marx continued this line of argument in his Economic and Philosophical Manuscripts of 1844 and reasoned that ‘the general position of women in modern society is inhuman’.[efn_note]ibid. [/efn_note] In 1848 Marx and Engels wrote in The Communist Manifesto that ‘the bourgeois sees in his wife a mere instrument of production. He hears that [under communism] the instruments of production are to be exploited in common, and, naturally, can come to no other conclusion than that the lot of being common to all will likewise fall to women. He has not even a suspicion that the real point aimed at [by communists] is to do away with the status of women as mere instruments of production’.[efn_note]K. Marx & F. Engels, The Communist Manifesto (New York, 1948), p. 27.[/efn_note] By 1884 Engels had developed this thinking to argue in The Origin of the Family, Private Property and the State that it was the emergence of class societies which began women’s oppression as they became tradeable. Men’s control and accumulation of private property led to male dominance and exclusion of women from power, who then became the property of husbands and fathers.[efn_note]F. Engels, The Origin of the Family, Private Property and the State (New York, 1972).[/efn_note] George Lukacs argued in History & Class Consciousness that ‘The essence of commodity-structure has often been pointed out. Its basis is that a relation between people takes on the character of a thing and thus acquires a ‘phantom objectivity’, an autonomy that seems so strictly rational and all-embracing as to conceal every trace of its fundamental nature: the relation between people’.[efn_note]G. Lukacs, ‘History & Class Consciousness’, transcribed A. Blunden, Marxists, https://www.marxists.org/archive/lukacs/works/history/hcc05.htm[/efn_note]

It is not just that women and girls have been turned into consumable objects but that human relationships and interaction have become purchasable products, thus stripping the humanity from them. The cultural construction of women as objects for consumption is important for the subjugation of women as a class. The thesaurus lists synonyms of ‘consumable’ as ‘accessible, adaptable, applicable, convenient, expendable, functional, profitable, serviceable, useful, valid, valuable, at disposal, employable, exhaustible, exploitable, instrumental, operative, subservient, utile, utilizable’.[efn_note]https://www.thesaurus.com/browse/consumable[/efn_note] Sounds liberating. Just as men claim language is magical, such as pronouns and name changes, they invest money with magical properties. Dworkin outlined how for men,

‘money has a magical quality, doesn’t it? You give a woman money and whatever it is that you did to her she wanted, she deserved. Now, we understand about male labor. We understand that men do things they do not like to do in order to earn a wage. When men do alienating labor in a factory we do not say that the money transforms the experience for them such that they loved it, had a good time, and in fact, aspired to nothing else’.[efn_note]A. Dworkin, ‘Prostitution and Male Supremacy’, Michigan Journal of Gender & Law, Vol. 1, Iss. 1 (1993), p.3.[/efn_note]

This is what male magical money is doing to narratives of prostitution, lap-dancing and surrogacy. Women who claim to be left-wing are now arguing that money redefines women’s reality. They are chiming in with the men that ‘they wanted it, all women do’.

The idea of magical money espoused by the faux-left goes further in that these new ‘lefties’ claim that as an individual one can buy one’s way out of subjugation, an individual can purchase empowerment. Feminism has changed from a movement for women’s liberation from male violence and domination to a consumer choice. For example, Emma Watson ‘seems keen to sweep away centuries of systemic patriarchal bias by informing her fellow women that they do not, in fact, have to wear heels. But if they want to wear heels, they can do so’.[efn_note]https://www.spiked-online.com/2020/08/10/the-unbearable-vapidness-of-mainstream-feminism/[/efn_note] This is a trend, it is why we have ‘22 Beauty Brands That Empower Women With Every Purchase’ or ‘7 Items Empowering Women Around the World to Rise Above Poverty’ or ‘Inspiring Campaign Shows How Make-Up Can Empower Women With Skin Conditions’ or ‘Using Makeup Shows Love for Yourself’ or ‘Breast augmentation: Empowering you to look and feel your best in the New Year’ rather than books about The Beauty Myth.[efn_note]H. Gould & M. Rostamian, ‘22 Beauty Brands That Empower Women With Every Purchase’, Byrdie (11 May 2020),https://www.byrdie.com/beauty-brands-that-empower-women,

‘7 Items Empowering Women Around the World to Rise Above Poverty’, The Cutlure-ist, https://www.thecultureist.com/2014/11/11/products-that-empower-women/, R. McKnight,

‘Breast augmentation: Empowering you to look and feel your best in the New Year’, mountnittany.org, https://cosmetic.mountnittany.org/blog/2019/12/breast-augmentation-empowering-you-to-look-and-feel-your-best-in-the-new-year/

N. Wolf, The Beauty Myth: How Images of Beauty are Used Against Women (Vintage, 1991).[/efn_note] Buying your principles in order to display them is where the idea of ‘wear a t-shirt and buy a tote bag and hey, presto, you’re a feminist’ has come from. Liberal ‘feminism’ (the anti-feminist backlash) asserts that one is a feminist by purchasing a product rather than changing your behaviour and questioning men’s. It is also victim blaming the oppressed for their oppression as it is saying ‘just spend a little bit more and you will be free’. It is denying structural barriers and putting the onus and blame on the individual. I mean that sounds a lot like neo-liberal dogma as globalised and promoted by Regan and Thatcher to me, but it has shiny new clothes and bring humus to the party.

When your ‘radical’ and ‘left-wing’ ideology is supported and enforced by huge corporations against grassroots women it should indicate that it is pushing profits over people. That it is backed by and promoted by billionaires should give you pause for thought.[efn_note]J. Bilek, ‘THE BILLIONAIRES BEHIND THE LGBT MOVEMENT’, First Things (21 January 2020), https://www.firstthings.com/web-exclusives/2020/01/the-billionaires-behind-the-lgbt-movement

J. Bilek, ‘Who Are the Rich, White Men Institutionalizing Transgender Ideology?’, The Federalist (20 February 2018), https://thefederalist.com/2018/02/20/rich-white-men-institutionalizing-transgender-ideology/[/efn_note] Since when have capitalists and those that uphold the principles of marketisation and consumerism endorsed left-wing ideas and politics? You and your ‘progressive ideology’ are not special, just duped.

Scott Newgent: Let’s Focus On Stopping the Transition of Children 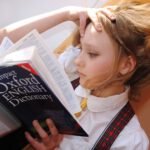 The Gender Cult is Winning the War of Language