Prostitution, pornography and surrogacy: three lucrative industries which rely on the objectification of women.

Prostitution
As Business Insider reported in 2019, ‘Prostitution is big business in Europe. By some estimates, the number of prostitutes across the European Union’s 28 members states ranges between 700,000 and as many as 1.2 million. In Germany alone, the industry is estimated to be worth $16.3 billion, according to Germany’s Federal Statistics Office’.1 The sale of mostly female flesh is recognised as being on an industrial scale and the report is contained within the ‘Executive Lifestyle’ section. Like how drug dealers realised that the trafficking and sale of women and girls was a profitable revenue stream, as women and girls could be used over and over again, so did States.2 Women and girl’s vaginas, anuses, mouths can be sold repeatedly to different men generating different taxes. Business Insider records how ‘the current era of prostitution began around 2000 when the Netherlands became one of the first major European countries to formalize prostitution’s legality and regulate it like any other industry. Germany, Greece, and others followed suit, though Switzerland has had fully legal prostitution since 1942’.3 ‘Europe’s ‘biggest brothel’ is Germany. While sex work was tolerated as early as the 1800s, the government formally legalized it in 2002. The trade has since exploded into a $16.3 billion a year business with as many as over 1 million sex workers’.4 Globally, Havocscope estimates the total revenue of selling sexual access to females to be $186 Billion annually, some governments are taking a cut from this similar to how a criminal pimp would.5

‘The Dutch government is looking at new ways to cut the country’s budget deficit. It’s hoping to tap in to an industry that generates billions of euros a year by bringing in a new plan to make prostitutes pay taxes like everyone else. Officials have traditionally treated prostitutes with a little more leniency on taxation than other workers, seeing them as victims of pimps and people traffickers. But the industry generates about 625m euros per year (£550m; $800m). And with thousands of potential added taxpayers, the authorities are now planning to pursue them for the average 33% tax that until now many have managed to avoid’.6

Similarly, the sale of women and girls, often trafficked in from poorer countries such as Romania and Bulgaria, provides a large revenue stream for the German Government. In 2013 two German TV journalists, Tina Soliman and Sonia Kennebeck, researched a documentary called Sex – Made in Germany which aired on Germany’s ARD channel. Soliman and Kennebeck concluded that in Germany “Women have become a resource, to be used as efficiently as possible,”.7 In 2019 it was reported how

‘prostitution is legal in Germany, with all sex workers required to have the requisite tax ID numbers and to pay tax on their earnings much like any other employee. While collecting these in the context of a brothel may be easier, there are difficulties in adequately monitoring the earnings activities of streetwalkers. Officials in Bonn have sought to solve the problem by placing a meter in the red-light district, requiring that prostitutes pay €6 every evening for the right to ply their trade on the street’.8

Luigi Bernardi of the Università di Pavia researched taxation on the sale of women in European Countries. He notes the revenue losses for governments that protect females from the sex trade within their country. For example, ‘France has just become the fourth country in Europe to criminalize people who pay for sex, following the Nordic Model … [thus]Taxation is absent, and this means that Treasury loses out on an estimated $15 billion’.9 The language is notable, the sale of women’s bodies to men is described in market terms and losses or contributions to State revenue.

One increasing area of profitability is refugee women, girls and minor boys. In 2017 the UN claimed that more than 75 percent of Europe-bound youth faced exploitation including forced labour and prostitution.10 A 2017 report by the volunteer group Gynaecology Without Borders (GSF) which worked in the Calais Jungle before its demolition claimed that ‘Two-thirds of female refugees have been ‘raped, beaten or pimped out’.11 Another news report shared the story of ‘24-year-old Joy. A lesbian from Nigeria, where homosexuality is still punishable by death in certain regions, she was told about “The Lady”, a woman whom she heard could help her seek asylum in Italy. But she was tricked and ended up as a sex slave, owing her traffickers around €50,000 (£44,300). After three years, with her debt still unpaid, she escaped and landed in a detention centre in Lille, France’.12 Marion MacGregor reported in 2019 on the insidious trend which ‘has emerged across Germany: More and more young women from Nigeria are being trafficked into prostitution. It is one of organized crime’s most lucrative business models, but the ringleaders are rarely caught’.13 The women end up in the legal red-light districts and the government collects tax on the sale of these trafficking victims. ‘In the red-light districts of German cities, business is thriving – and so is the trade in young Nigerian women. Every year, more young women from the West African country are being smuggled into Germany and forced into prostitution’.14 Nordic Model Now relates how ‘Researchers from the LSE did a study of 150 countries and found that there’s more human trafficking where prostitution is legal/decriminalised. A study for the European Parliament came to the same conclusion, and so does economic theory’.15

Rather than facing up to this growing problem and trade in people, governments and international charities are disappearing the issue by rebranding it. Being prostituted becomes ‘sex work’, child sexual abuse becomes ‘underage sex work’ and human trafficking becomes ‘migration for sex work’. Amnesty International’s ‘sex work’ policy was part drafted by a convicted pimp and human trafficker, Alejandra Gil.16 Amnesty International works hard to change the public perception of the sale of women and to lobby governments to class pimping as work like any other. To do this the victims of the trade must be re-cast as entrepreneurs. This is already paying dividends for the pimp lobby. For example, in 2019, ‘Official government guidance claimed that victims of human trafficking get rich from being sexually exploited in the UK and can be refused asylum’.17 The ‘policy document on women trafficked from Nigeria says that those who become “wealthy from prostitution” enjoy “high socio-economic status” and are “often held in high regard” when they return home’.18 How have statements like victims of human trafficking profit from being trafficked come about? The pimp lobby and the trans lobby.

It is sending the message, repeatedly and daily, that this is what females exist for and this is what men can do to them. Catharine A. MacKinnon argued that ‘what pornography does goes beyond its content: It eroticizes hierarchy, it sexualizes inequality. It makes dominance and submission sex. Inequality is its central dynamic’.31 This message, that half of the world’s population exists for the pleasure and convenience of the other half, is useful to governments. As Valerie M. Hudson argues ‘it’s vital to remember that for most of human history, leaders & their male subjects forged a social contract: “Men agreed to be ruled by other men in return for all men ruling over women”.32

Not satisfied that maximum profit has been extracted from females, criminal gangs, private companies and States are starting to look into how to profit from renting women’s wombs and reproductive systems to men and selling their children. Greece has had legal surrogacy since 2002, but the figures don’t support the argument that it is altruistic and indicate that children have been sold across Europe. ‘Greece is home to about 60 assisted reproduction centres, a considerable figure given it has a population of less than 11 million’.33 The sale of women’s wombs and their children is one-way Greece has tried to claw its way out of its government-debt crisis following the 2008 crash and in 2014 international surrogacy to non-EU citizens was legally opened up. This potentially provides lucrative revenue as the ‘global surrogacy market is expected to beat USD 27.5 billion by 2025, according to a new research report by Global Market Insights, Inc.’.34 To compete in the market of selling women’s reproductive capacity and their children Greece needed a unique selling point. Thus, ‘Greece differs to other countries in that the child legally belongs to the paying couple before insemination which negates the need for adoption papers. The child is then officially registered within the first 10 days of life and the surrogate disappears from the records without a trace’.35 The mother is erased, underscoring the idea of woman/mother as a tool for others.

Similar to how human trafficking increases to meet demand when prostitution is legalised, baby trafficking increases to meet demand when surrogacy is approved of. In Africa, baby harvesting and trafficking is now an expanding as a trade. Edwin Lamptey wrote in Yen about this topic and how ‘the existence of baby factories where young women of childbearing age are forcefully impregnated with the aim of selling the babies is also of much concern’.36 This is not just perpetrated by criminal gangs, but ‘medical practitioners, nurses, social welfare officers, and other individuals who were suspected to be engaged in the illegal act of baby harvesting and human trafficking’.37 As well as being sold for local and international adoption, ‘some of these babies are trafficked for prostitution when older, abused through child labour, used for ritual purposes, and sometimes have their organs harvested for sale’.38 They personify person as object for use and profit. In 2019 ‘Police rescued 19 pregnant girls who had been kidnapped and raped from properties in Lagos dubbed “baby factories”. Most of the women, aged between 15 and 28, were abducted and forcibly impregnated so their babies could later be sold’.39 Peter Murimi, Joel Gunter, and Tom Watson reported for the BBC in 2020 that ‘Babies are being stolen to order in Kenya to feed a thriving black market. Africa Eye infiltrated the trafficking rings selling children for as little as £300’.40 The NHS, such as the Brighton and Sussex University Hospitals who refer to a ‘birthing parent’, and Amnesty International, who signed a letter saying they opposed ‘unequivocally that the statements of newly launched organisations that seek to defend biology’, would have us believe that this issue, forced pregnancy and baby stealing, impacts both men and women equally and is not a sexed problem.41 That it happens to ‘pregnant people’ and ‘birthing people’.42

We must dismantle legislation which objectifies women and girls. Whether that is opposing the decriminalisation of prostitution, working to frame pornography as a public health crisis, opposing surrogacy or repealing the GRA, we have to re-assert the full humanity of the female at every turn. The women of Nordic Model Now have put it succinctly when they point out that ‘we regulate only because we agree, in substance, with what a practice is. For example, slavery exists, and persists, despite its abolition and prohibition. Nevertheless, no one thinks of regulating it, considering it to be inevitable’.43 We must continue to challenge the language of dehumanisation and Objectification every time we see it, every ‘birthing body’ or ‘pregnant person’ or ‘cervix haver’ at a time. As Andrea Dworkin articulated, ‘It is true, and very much to the point, that women are objects, commodities, some deemed more expensive than others – but it is only by asserting one’s humanness every time, in all situations, that one becomes someone as opposed to something’.44 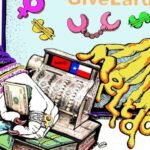 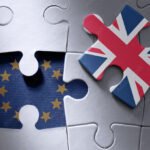