On July 7, 2017, a historical treaty was adopted by more than 120 countries prohibiting the use of nuclear weapons. The Treaty on the Prohibition of Nuclear Weapons has been under negotiation for some time and has been finalised in the United Nations headquarters in New York.

The treaty is a legally biding document which prohibits nuclear weapons and sets out obligations to achieve their elimination, which the UN calls “a historic event for humanity”.

The ICRC states that the treaty “…provides a solid foundation for resisting the proliferation of nuclear weapons and forges a path towards their eventual elimination.”

Among the countries which have voted to adopt the document are Iran and Saudi Arabia. The two states have been in a political power race in the Gulf region in the past few years, and the two countries’ support for the treaty comes in a time of strong political rivalries. In fact, Saudi Arabia has had growing tension with another GCC member state, Qatar, due to the country’s links with Iran.

Meanwhile, some major players have decided not to participate in the negotiations.

In a joint public statement, the United States, UK and France stated that “we do not intend to sign, ratify or ever become party to it.”

The statement claims that the treaty ignores international security environment and does not address security concerns. They continue to mention the Treaty on the Non-Proliferation of Nuclear Weapons (NPT), a treaty signed in 1968 to prevent the spread of nuclear weapons outside the main five countries (China, France, Russia, US and Britain) and to promote peaceful cooperation.

According to icanw, the International Campaign to Abolish Nuclear Weapons, out of the world’s 15000 nuclear weapon heads, the US owns approximately 6,700. Russia, which was also absent from the negotiations, owns 7,000 warheads.

Other countries with significant numbers of nuclear weapons were also absent, such as India and Israel.

Starting September 20, any UN member country will be open to sign the 10 page treaty. 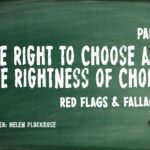 The Right to Choose and the Rightness of Choice 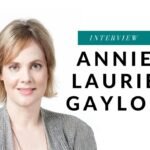