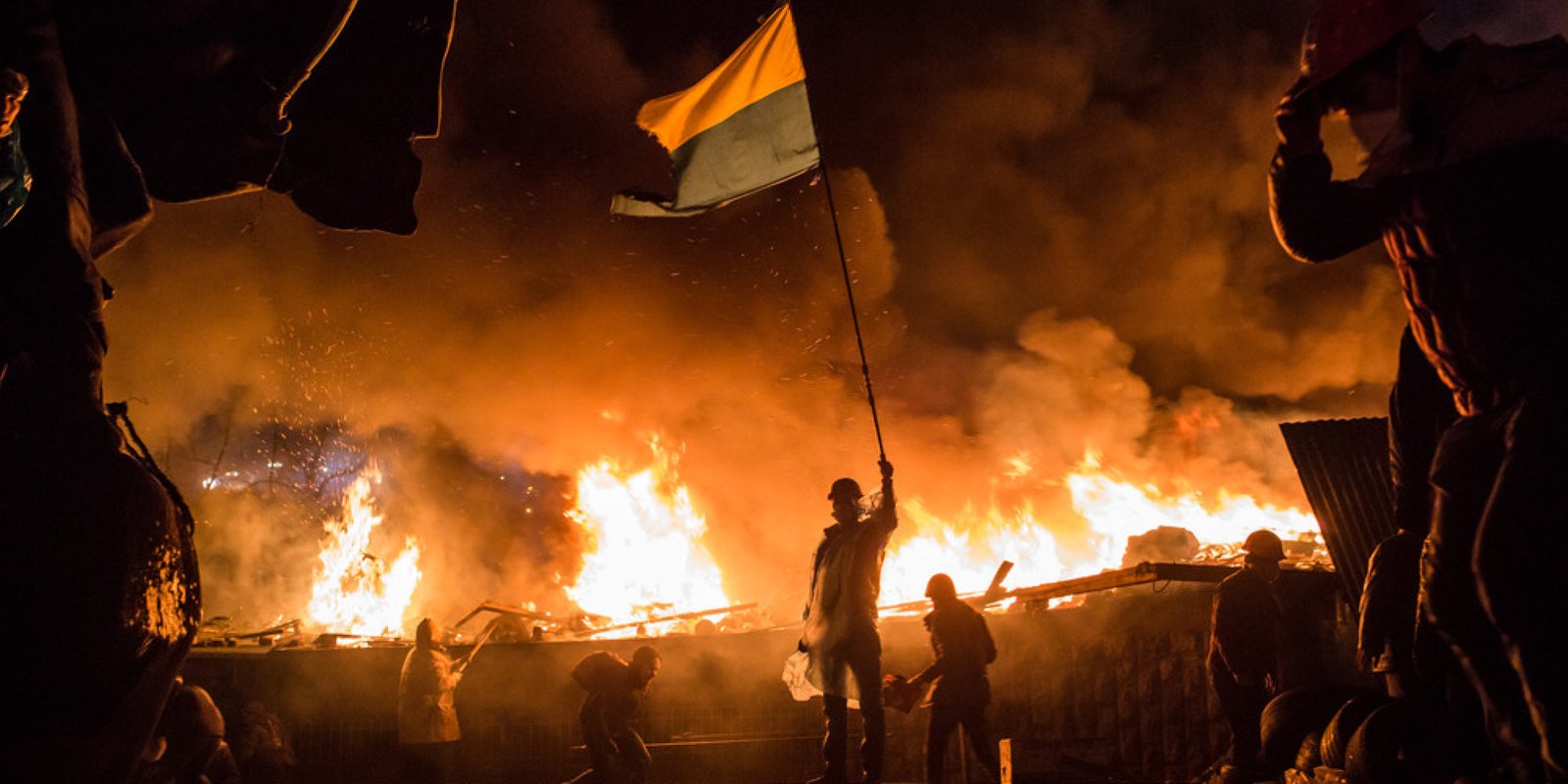 Four years on from Ukraine’s Euromaidan revolution, the country’s reform process is stalled and the promise of the movement remains largely unrealised.

November 21 marked four years since the beginning of the Euromaidan revolution in Ukraine. On that day, a protest movement began which would lead to the ousting of Viktor Yanukovych, a pivot towards Europe and an eventual invasion by Russia. From this point, it was hoped that the trajectory of Ukraine as a nation would change markedly. The Euromaidan promised a renewed modernity, economic growth and expansion of civic freedoms in Ukraine. Four years hence, the legacy of the Euromaidan has been decidedly mixed. Though there has been considerable change in many aspects of life in Ukraine, the country still has a long way to go.

One of the lasting legacies of the Euromaidan can be seen to this day in Russia’s continued war in East Ukraine, as well as the annexation of the Crimea from Ukraine. In 2014, following the removal of Yanukovych from power, Russia responded by first annexing the Crimea from Ukraine. Soon after, Russian-backed separatists seized the Eastern Ukrainian cities of Donetsk and Luhansk, as well as significant territories within the oblasts, or regions, each city occupied.

The war is significant, especially from a Western perspective, for another reason. It was a notable example of ‘hybrid’ warfare, in which the theatre of war is not only on the battlefield between conventional forces. The weaponisation of information, to take one prominent example, is another aspect of this type of warfare. The disinformation campaign employed by Russia against Ukraine was a precursor for similar disinformation and ‘fake news’ campaigns against Western nations such as the United States, the UK and various member-states within the European Union. Russia’s notorious troll factories, widely cited as having influenced the US election of 2016 as well as elections throughout Europe, also spread misinformation following the Euromaidan. Among the disinformation spread were claims that the Euromaidan was a neo-Nazi movement, that Ukraine was behind the downing of flight MH17 and that Ukrainian separatists in the Donetsk People’s Republic (DNR) and Luhansk People’s Republic (LNR) have tortured and executed civilians.

“The disinformation campaign employed by Russia against Ukraine was a precursor for similar disinformation and ‘fake news’ campaigns against Western nations such as the United States, the UK and various member-states within the European Union”

Though the intensity of the war has subsided somewhat since it’s most violent period in 2014 and early 2015, there is no sign that the war will end anytime soon. The Crimean Peninsula also appears to be staying under Russian control for the foreseeable future, despite widespread international condemnation. There are, unfortunately, few options Ukraine can practically pursue in this regard. Russia is by far the superior military power and there is little appetite from Western nations, already looking more inward for the most part, to further entangle itself within the Russia-Ukraine war. Recent statements by United States Secretary of State Rex Tillerson denounced Russia’s role in the war in Ukraine as well as in hybrid warfare efforts against the West. However, an escalation in sanctions or other measures against Russia appear unlikely.

The ongoing war with Ukraine has had a tremendous toll on Ukrainian society. Over 10,000 Ukrainians have been killed in Eastern Ukraine to date. In addition, over a million people are considered to be internally displaced persons (IDPs). Infrastructure and basic necessities such as healthcare have been severely impacted, especially in the Donetsk and Luhansk oblasts. Hundreds of thousands of people are exposed to the ongoing fighting between separatists and the Ukrainian army daily. This is in spite of ceasefire agreements between Ukraine and Russia, which are routinely violated. Land mines are also an increasing problem, frequently injuring and killing civilians within the separatist republics of Donetsk and Luhansk. Despite being on Europe’s doorstep, the massive humanitarian crisis in Ukraine has been largely overlooked internationally for other crises in nations such as Syria and Venezuela. The UN has paid scant attention to the situation, with the result being ever-worsening conditions for civilians within the war zone over the last three years.

These situations have been compounded by a lack of funding from international agencies such as the United Nations. Currently, $187 million is being sought for its humanitarian program to assist in Eastern Ukraine. As the crisis enters its fourth year, citizens in the region are reaching a breaking point. Having run out of funds and supplies, people affected are now having to choose between food, medicine, education for their children or adequate shelter. As the crisis worsens, the will of the international community to assist is also waning. This situation has hampered much-needed domestic reforms to modernise Ukraine’s society and economy.

On the political front, Euromaidan also brought with it a promise of reform, modernisation and liberalisation. Following the ousting of Yanukovych, President Petro Poroshenko promised to rein in the influence of oligarchs. Though progress has been made, Ukraine is still rife with corruption. The rule of law is still selectively applied and Ukrainian law enforcement is in dire need of reform. Oligarchs still play an outsized role in Ukrainian society. This problem is rife in Ukraine’s Verkhovna Rada (Parliament), right up to President Petro Poroshenko. All too often, Ukrainian politicians have clear conflicts of interests with their business ventures which negatively influence policymaking. Poroshenko himself has a stake in several prominent Ukrainian businesses, with a personal net worth approaching $1 billion. He has been dubbed the ‘Chocolate King’ due to his ownership of confectionary company Roshen.

Ukraine has consistently ranked as among the most corrupt nations in the world, largely due to the conflation of big business and political interests. Politicians frequently misappropriate taxpayer money for their own business interests. The siphoning of money from public to private interests was one of the main reasons why Ukrainians initially protested against Viktor Yanukovych. He and his political allies presided over the transfer of approximately $7 billion US before fleeing to Russia. As Ukraine does not have laws against grand corruption, Yanukovych cannot presently be extradited to Ukraine to face charges. Cases such as these and others involving high-level government figures do not result in criminal charges due to the lack of an independent anti-corruption bureau and ineffective court systems. There have been signs of movement in these areas, such as moves to force the disclosure of ownership of businesses, and other similar moves toward transparency. However, these are not nearly sufficient to stem the tide of massive ongoing corruption within Ukraine.

In spite of Ukraine’s serious problems with corruption, its economy has made strides in the last few years. After the disastrous 2014-15 financial year, growth has again resumed at approximately 2.5% per annum. The public sector has been streamlined and made more efficient, as has healthcare. Investment in the economy has grown by over 20% per annum in the last two years. Until Ukraine’s corruption problem is reined in, however, this growth will remain relatively slow.

Apart from political reforms, Euromaidan was also about the reform and expansion of Ukraine’s civil society. The protesters who marched upon and occupied the Maidan (square) in central Kyiv did so partly because Yanukovych reneged on an Association Agreement with the EU. He instead sought to increase ties with Russia, a highly controversial move within Ukraine. Since then, Ukraine has slowly progressed on required reforms to be considered for EU membership. A recent EU report on Ukrainian reforms noted that Ukraine has made ‘considerable’ progress in several areas, particularly in terms of the economy, energy policy and education. An association agreement between the EU and Ukraine came into force, allowing short-term visa free travel within EU member states. However, there is still significant need for further progress, especially in relation to corruption.

Freedom of speech and of the press is still in a precarious case within Ukraine. President Poroshenko has made moves in recent times against Russian ‘foreign agents’ and their media. As well as banning Kremlin-backed outlets such as Russia Today and Sputnik, Russian social media sites such as VKontakte have also been banned. Ukraine has also created a ministry of information policy, often derided as a ‘Ministry of Truth’, in an effort to counter Russian disinformation campaigns. This move has been disastrous in terms of Ukraine’s credibility as a nation committed to European norms in terms of freedom of the press and speech. Following Euromaidan, there have been some independent media outlets created, such as Hromadske. However, much of Ukraine’s media is still either state owned or run by oligarchs and business interests friendly to the government, reporting uncritically on Ukrainian affairs. In order to counteract this, Ukraine’s civil society, so influential during Euromaidan, must focus their efforts once again and push for media reform and the advance of civil liberties more broadly.

Recent events in Kyiv have put the presidency of Petro Poroshenko to the test. He has recently dismissed Yehor Sobolev, the head of an important anti-corruption committee. More worryingly, Ukraine’s only independent anti-corruption group, National Anti-Corruption Bureau of Ukraine (NABU) has been targeted by Poroshenko. The intelligence committee and prosecutor’s office raided the homes of a dozen NABU employees. These raids, along with the crackdown on dissident media, are part of a wider campaign by Poroshenko against a transparent government and public service. The EU has warned that it will renege on previous deals made with Ukraine, including an association agreement, if the fight against transparency continues to go backward. If Poroshenko succeeds in these efforts against reform, the direction of Ukraine which the Euromaidan envisioned, which was largely about a more open and accountable government, will not be realised.

Where to next for Ukraine?

At this point in time, Ukraine is at a crossroads. The revolution post-Euromaidan has stalled in many ways. Despite promising signs of progress in many aspects of Ukrainian society, a majority of the factors which led to its dire situation remain. Corruption is rife and many of the lawmakers involved with the Yanukovych regime have not been charged. Business growth, though promising, is still slower than ideal. Civil society has been repressed in many ways. For Ukraine to truly deliver on the promises the Euromaidan brought about, transparent, accountable and effective government must come about. The bulk of this effort, as analyst Maxim Eristavi correctly notes, must be carried out by the Ukrainian people. The international community can and should also assist Ukraine, however. Pressure must be mounted on Petro Poroshenko to ensure a more transparent government that actively fights corruption. Humanitarian aid to Eastern Ukraine must also be increased, in order to stabilise the region and avoid a potential catastrophe. 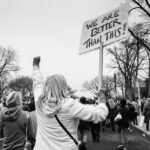 Are ‘Democratic’ Governments Listening to Us? 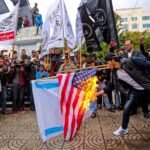