Hillary Clinton’s book What Happened retells the 2016 presidential campaign through her eyes. Is this just a blame-game tale though?

What happened? After a bruising campaign between arguably two of the worst ever American presidential candidates, what should have been a cake-walk for Hillary Clinton resulted in a shock Trump victory. After all, nobody wins as big or as much as the current President. Having said that though, every story has two sides, and in September, Mrs Clinton released her much-anticipated personal memoir of the 2016 presidential campaign.

While interesting, funny at times, and agonising, all these characteristics are ultimately overshadowed by how this memoir is a bitter blame-fest. Although Hillary Clinton seems to nod towards taking responsibility for her defeat last November, her book more substantively blames Donald Trump, Bernie Sanders, James Comey, Barack Obama, Vladimir Putin, Jill Stein, and entrenched sexism.

In fact, it rather effectively skirts around the issue that, even in her own right, she was a poor candidate. While a wonky preference for fact-based evidence has its place in the world of policy, it seldom makes for compelling electioneering. Seemingly, this salient fact was overlooked, allowing President Trump to gain his eventual edge over Hillary Clinton.

I chose option A. I kept my cool, aided by a lifetime of dealing with difficult men trying to throw me off. I did, however, grip the microphone extra hard. I wonder, though, whether I should have chosen option B. It certainly would have been better TV. Maybe I have overlearned the lesson of staying calm, biting my tongue, digging my fingernails into a clenched fist, smiling all the while, determined to present a composed face to the world.

Another interest is Hillary Clinton’s perspective on campaigning against President Trump. Few have captured the public’s fascination in the same way that Trump has, and Hillary Clinton’s take on the current president makes for a particularly interesting reading. Her recollections of campaign debates against him stood out as being particularly compelling and were my favourite parts of the book.

Having said all of the above, though, What Happened is a hefty tome at over 500 pages. It has a tendency to drag, and Hillary Clinton’s self-righteousness grates the reader’s patience by the end.

What Happened is best suited to a niche audience of politicos and campaign analyst-types, and less politically-engaged readers would likely struggle to enjoy it.

A good holiday book for some, but less so for the general reader. 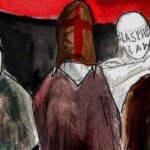 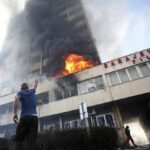 A Conversation with Professor Muhamed Budimlic on Criminology, Bosnia and Herzegovina and Europe