Skip to content
Africa • Opinion  »   Islam: No Justice for Victims of Blasphemy Killings in Nigeria? 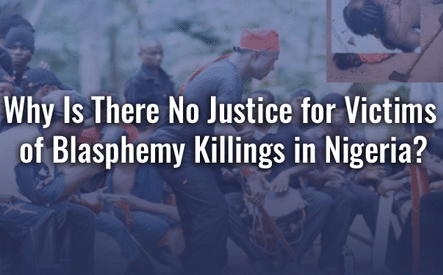 A court in Kano state in Northern Nigeria has acquitted five persons who were arrested in connection with the killing of a Christian female trader, Bridget Agbahime, from Southern Nigeria. She was murdered on June 2 at Kofai Wambai market after some exchanges with some Muslims. Her killers attacked her with dangerous weapons and slit her throat. Some segments of the Muslim population in Kano welcomed the killing of the woman, while others condemned it. Some of us thought that by prosecuting the killers, the woman’s family would get some justice. However, the suspects who were charged to court have now been discharged.

It seems that what many had feared might have eventually happened. The Nigerian blasphemy killers may never be brought to justice! Those who perpetrated that atrocity may never answer for their crime, unless pressure is brought to bear on the Buhari led government, and its state counterpart, to fulfill their responsibility to the citizens.

Yes, to some observers of the twisted sense of justice in Islamic Northern Nigeria, the outcome of this process did not come as a surprise. Throughout the process, many have speculated that nothing would come out of the court process and that the suspects would be freed. So, the court ruling is as expected in line with the tradition of impunity that has prevailed in Muslim majority states, at least when it comes to cases of blasphemy.

Kano and other Muslim majority states are ruled by Sharia law and have somewhat of a history of bloody religious riots and killings. Under Sharia, blasphemy – against prophet Muhammad not other prophets – is a crime punishable by death.

This undefined law has been used by Islamic theocrats to silence their opponents and to legitimise Islamic fundamentalism, and to oppress religious Muslim and non-Muslim minorities. In January, a Sharia court in Kano sentenced a Muslim cleric, Abdulazeez Dauda, to death for blasphemy after a secret trial. The cleric reportedly said that the leader of their sect, Sheikh Ibrahim Nasse, was ‘bigger than prophet Muhammad’!.

Dauda’s case is interesting because after he allegedly made this statement, there were violent protests in the city of Kano. Dauda fled to Abuja. Some of his followers were arrested and charged to court. On the day they were to be tried, there were clashes at the court premises and some Muslim youths set the court on fire. At the end of the day, Dauda and his followers were sentenced to death and nothing happened to those who perpetrated violence and arson.

In fact, following the sentencing of the followers of Dauda, the governor of Kano statewelcomed the ruling as a ‘triumph of the rule of law’. And, indeed, you can hardly argue with him. The rule of Sharia law had prevailed. The followers of a cleric who allegedly blasphemed against Muhammad were sentenced to death and those who perpetrated violence, and arson, were off scot-free.

So why should anyone expect justice for blasphemy killers under such a regime? Why should anybody think that such a government could actually say the murderers have a case to answer?

By the way, this twisted sense of justice in matters related to blasphemy is not just a political issue, it is also a religious issue. Blaspheming against the prophet Muhammad is widely believed by Muslims to be  a serious offence and for some, killing blasphemers is a religious duty which could earn them a place in paradise.

So, executing a blasphemer is both a state, and religious, duty and suspected cases of blasphemy hardly get to the court, especially when there is a chance that the alleged blasphemers could escape punishment.

So, Muslim enthusiasts seize opportunities of any real or imagined blasphemies to curry Allah’s favour, earn a place in paradise, or, at least, achieve some honourary mention among some segments of the Ummah.

So, under Sharia law, those who really have cases to answer are blasphemers, not those who kill others for blasphemy or for desecrating the Quran. Those who are tried and punished are persons that are accused of insulting Islam or the prophet Muhammad, not killers of those who engage in innocuous acts. This is what the court in Kano has just confirmed and upheld in this latest decision. This is the ‘rule of law’ that has eventually ‘triumphed’ in this Sharia state.

However, we must reject it.  We must oppose it. We must protest this travesty of justice.

All people of conscience, including those who identify as moderate and progressive Muslims, should condemn the handling of the case and demand justice for victims of blasphemy killings.

It is outrageous the government, whose responsibility it is to protect its citizens, argued for the dismissal of the case. This is the same government that got followers of a cleric who made a statement regarding the prophet Muhammad to be sentenced to death. Going by this court decision, the Muslims who hacked a person to death in a market would never be made to answer for their crimes, as long as that person could be said to have spoken out against Islam.

It is difficult to comprehend that killers of Bridget Agbahime will never be prosecuted and her family will never get justice. Of course, this is not an isolated incident. There have been similar cases of impunity and denial of justice in cases related to blasphemy killings across the region. It is very likely the other case of murder over blasphemy allegations in Niger state would go the same way. It must be recalled that those who murdered the Igbo trader, Gideon Akaluka, in the 90s were never tried or brought to justice.

The killers of the Christian female teacher in Gombe in 2007 were never prosecuted or made to answer for their crime. In fact, there has not been any case where a blasphemy killer was brought to justice in the region.

With cases like these, it is difficult for some Muslims to continue to maintain that Islam is a religion of peace and tolerance. Such miscarriages of justice and judicial charades entrench Islam-based fear, intolerance, and extremism. Justice is a prerequisite for peace. So ,all those who are aware of these injustices and inequities in the Sharia law system must not give up.

Let us continue to work and campaign for the abolition of blasphemy law. Nigerian blasphemy killers – in Kano and Niger – must be brought to justice! 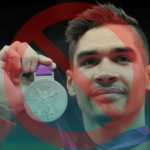