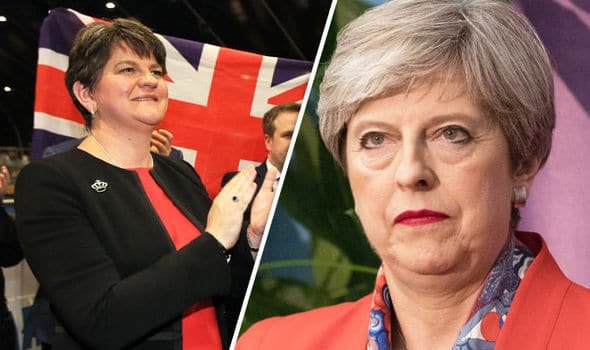 Theresa May’s rise to leadership in the aftermath of the referendum vote was welcome as a necessary proceeding to ensure that the vote for Brexit was upheld in the best possible way. But at the October conference, May signalled what would be a clear break from David Cameron’s liberal conservatism of progressive social-reform, shifting left on the economy and right socially. May’s conference speech ignited discontent among party members, which peaked after her shambolic campaign performance.

With a campaign that largely hinged on the assurance that the Brexit-voting public from across the spectrum would flock right, May failed to convey little more than assurances of strength and stability.

Having fulfilled its mandate as a single-issue party, UKIP collapsed, but voters swayed both left and right – challenging the narrative of Brexiteers as “far-right voters”, and May’s miscalculation of the shift would cost her. As the polls closed in and a hung parliament seemed probable, May failed to change tactics and continued to undermine public response.

As the figures came in with eight seats shorts of a majority, May refused to concede defeat and instead secured a new government with the Democratic Unionists, who in keeping with Northern Ireland’s tradition, oppose reproductive rights but eschew various other doctrines of intolerance from gay rights to climate change and evolution. Having earned less than 300,000 votes for their 10 seats, the DUP represents a fraction of the British State, yet will call the shots to a desperate May.

Beyond the criticisms of his impossible socialist utopia, many conservative and centre-ground moderates rejected Jeremy Corbyn primarily on human rights grounds, having assessed how vulnerable his dangerous and far-left extreme position would place Britain on the world map. Equally, those critics reject the DUP and May now stands alone, refusing to step down.

While Cameron was astute in successfully lobbying the BME electorate, securing 1 million ethnic minority votes, May’s Home Office ‘go home’ vans haunted and alienated them. The minority response has little to do with their approach to tackling Islamic extremism – at least by measure of the rhetoric dominating the debate, both have been unafraid to call the problem by its name.

Indeed, the BME vote proved intrinsic to the Conservatives success in 2015, as 31 of the 50 most marginal seats are highly BME populated. Croydon was one of such seats with a previous Tory majority of less than 150, it was lost to Labour’s Sarah Jones by almost 5,000 votes. Simon Wolley, co-coordinator for Operation Black Vote, said ahead of the election,

“As with the previous 2015 general election, seats like this cannot be won without the BME vote.”

May’s rightward swing increasingly revealed itself with her threat to “rip up” human rights in response to terror attacks – giving those who seek to destroy our society the satisfaction of causing detrimental changes to our way of life through their actions.

Time after time, May also refused to be critical of President Trump. Of course, nobody expected May to echo any of the puerile and hysterical responses that have surrounded Trump throughout his time in office, but on the global issues such as travel bans and climate change, May has remained silent.

The Prime Minister’s far-right swing in her unashamed alliance with the DUP reveal her as an outlier and an unbeliever in the principles of Britain’s progressive conservatism. Like a shepherd without sheep, May desperately clings to power and returns to Number 10, but how long for, even she couldn’t tell.

Sarah Peace is a writer, artist, and advocate of human rights and free expression. 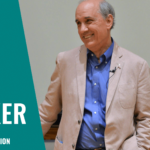 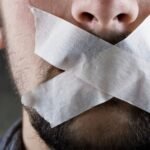