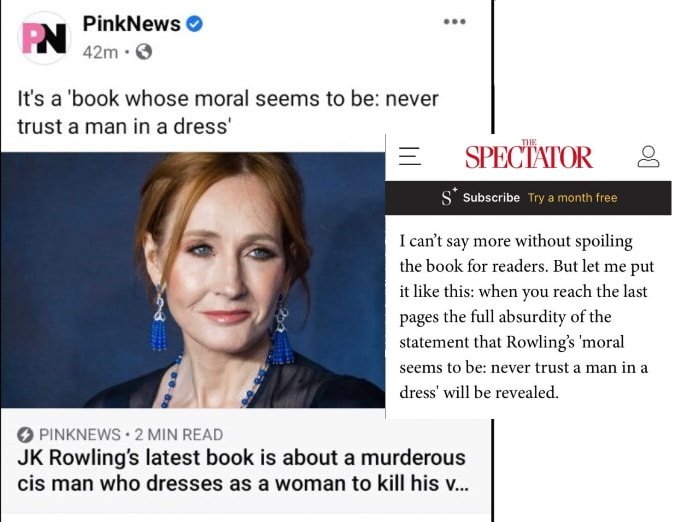 Pink News stoked the flames of outrage by falsely reporting the contents of J.K. Rowling’s new book Troubled Blood, without reading it first.

For over 36 hours now, news outlets in the West have been buzzing with the release and outrage over J.K. Rowling’s new book, Troubled Blood, written under her pseudonym Robert Galbraith. Leading the charge late on Monday was of course, Pink News, who have been obsessively commenting on her alleged transphobia after she expressed her views on the sex and gender debate. They announced that her new book was about a villainous man who dresses as a woman – subverting the subject of the book and giving readers the impression that the villain is a transvestite. Even among circles that are supportive of Rowling and hold the same concerns, there was unease and apprehension, since Pink News claimed the book was ‘about a murderous cis-man cross dressing’, and many of her supporters questioned whether this was a wise move.

Except. The book isn’t about a man cross-dressing at all.

The sheer extent of the falsities, lies, and hyperbole that Pink News chose to highlight was so egregious that Nick Cohen, well-known political commentator and columnist for the left-leaning Guardian and Observor felt compelled to respond, tweeting first that as an advance reviewer, he’d read the book and it wasn’t transphobic. The mobbing, hyperbole, and baseless screeching at Rowling however, didn’t end, and Cohen then published his review in the Spectator, commenting on the smearing of Rowling and how Pink News whipped up the mob and categorically denying the allegation that there is anything transphobic in the book.

His review emphasizes that there is only a mention of a cross-dresser/transvestite in passing, and that any mention of characters that could be approximated to a trans person occurs only in a couple of passages (in a 900 page book).

Creed mentions the advantage of lipstick and a wig in making women think he’s ‘a harmless old queer’ when Strike interviews him, and that’s about that. A novelist uses a passing detail to explain how a murderer got close to one of his victims – for presumably the victim who gave the police a ‘proper description’ did not see him in a woman’s coat and wig. A critic, unintentionally or not, whips up a rage, and thousands allow themselves to be whipped. Pavlov’s dogs showed more critical independence.

– Nick Cohen in the Spectator, as an advance reviewer

Cohen also saw fit to comment on how Pink News started off the outrage cycle, which, with its customary dishonest hyperbole, set off the wave of hate and outrage.

The ‘evidence’ that provoked the malice was so flimsy, even Twitter should have been embarrassed to publish it. Pink News, which dominates the LGBTQ+ outrage market, gave the case for the prosecution. According to the first review, ‘JK Rowling’s latest book is about a murderous cis man who dresses as a woman to kill his victims’, it announced.

Nick Cohen in the Spectator, as an advance reviewer

Benjamin Cohen, editor-in-chief of this notorious publication that profits off of fanatical accusations and whipping up hate responded that he had no intention of even reading the book. This is the man at the head of the publication that has published no less than 50+ articles about Rowling in a few short months.

Yet Benjamin Cohen effortlessly and gleefully publishes at least two pieces on J.K Rowling in a day, commenting later on the ‘backlash’ faced by her book – a backlash spurred by its utterly false commentary.

Others who have read the book have also expressed similar sentiments, emphasizing that the book did not centre around a trans villain, or transgender issues, or women’s safe spaces. In an ironic twist, even the Guardian, that has so far taken an editorial position critical of Rowling, released a positive review of the book.

To many that are even vaguely familiar with the debate, Pink News’ hyperbole, baseless vilification, and relentless demonisation of women’s concerns is nothing new. However, as the leading gay news outlet in the UK, Pink News continues to be read and shared by people who imagine they’re standing up for LGBT rights. Inflammatory headlines, outrage inducing sound bites, have been shared all over the internet, with the hashtag #RIPJKRowling trending because of the massive numbers of people wishing her death.

Major US outlets have followed up. ‘Breaking news’ reporter Lisette Vyotko at Forbes saw fit to exaggerate the lie and report on Rowling’s book as ‘hinging’ on and being about a cross dressing serial killer. Lisette’s badly researched hit piece quotes a few condemning tweets by activists, who all went off the Pink News review. Lisette’s only source for the claim that it’s about a ‘cross dressing serial killer’ was also the Pink News piece written and approved by writers and editors who haven’t read the book.

Not to be outdone, Emily Kirkpatrick in Vanity Fair joins in the smearing, loudly proclaiming that J.K. Rowling confirms her commitment to transphobia in her new novel with much the same sources as Forbes – Kirkpatrick outdoes herself in exaggerated reaching by complaining about Rowling’s second book in the Cormoran Strike Series, where a ‘woman’ named Pippa is described, and a comment by another character makes a passing reference that reveals Pippa is a trans-identifying male person – this apparently confirms Rowling’s phantom transphobia.

This exaggerated demonising of Rowling by multiple outlets without bothering to read her book isn’t really surprising if one notices the discourse among trans allies. In response to anyone who has pointed out that the passing reference is only to a cross-dresser, not even a transgender person, and that cross-dressing male villains have frequently featured in crime stories and horror epics, the baying mob has dismissed the distinction claiming that because of Rowling’s history of transphobia and of being a dreaded ‘TERF‘, in that context, this would be transphobic. The same inane response is given when it is pointed out to supporters of trans claims that there is nothing more than a reference to a criminal, supposedly in disguise. To the crowd that considers her transphobic, these are irrelevant details – because she’s already been tagged as transphobic, what would otherwise be a completely insignificant detail in a crime novel becomes a lightning rod for the outrage of trans activists and their ‘progressive’ allies.

Whichever side one may fall on in this debate, there has to be a minimum standard of expectation that alarming, expansive claims about ‘transphobia’ should, at the very least be made after reading the material that is assailed. No such requirement for Pink News, which has been trading on its obsessive harassment of Rowling for months. Pink News’ single, utterly dishonest article has now found its way all over the internet, with Rowling being venomously attacked in multiple forums, threats wished on her, dehumanised, and so called ‘feminist’ magazines descending to openly flinging misogynistic insults at her.

Even if one were to hold the opinion that J.K. Rowling is transphobic or holds problematic opinions, a minimum requirement of a vaguely civilised population should at last be the demand that the accused’s material is read or viewed before generating accusations and smear campaigns that lead to rape and death threats. For many ‘progressives’, and so called ‘allies’ of trans rights, this is no longer a requirement. They are more than happy to join in the witch-burning of a woman based on a media outlet that openly admits they don’t even bother to read or view what they’re critiquing. In so doing, they encourage and facilitate outlets like Pink News, with no journalistic standards or integrity – the tabloids that undermine a civilised democracy from its very core, eroding the most basic ideas of decency and accountability. 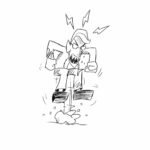 What Was Happening Before ‘Just be nice feminism’? Part VII: Pride Parade 1973 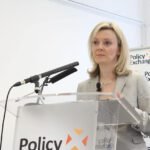