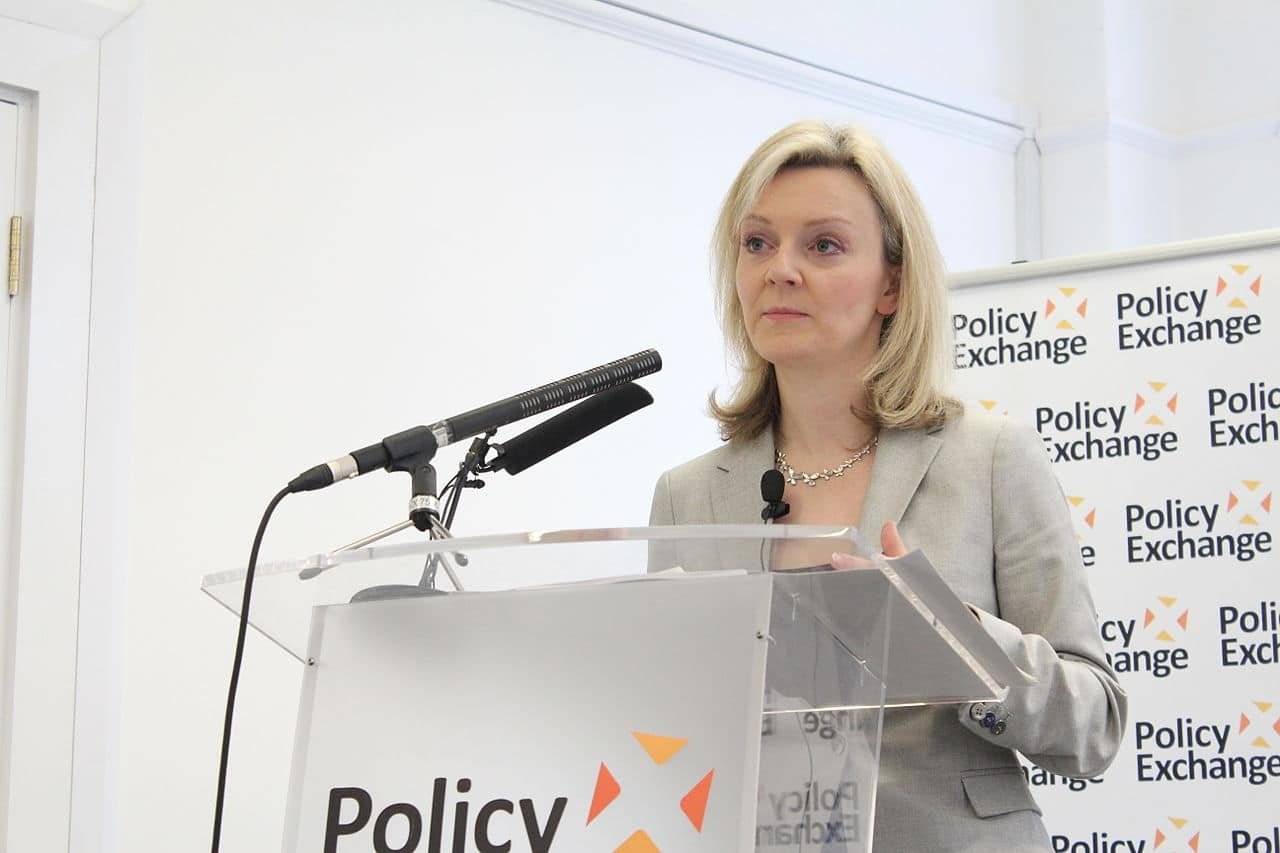 Liz Truss’s statement today regarding the response to the Gender Recognition Act consultation is good news for women.

The main plank of the report is that the proposal to redefine sex as purely a matter of self-identification has been dropped. This means that the legal definition of female remains rooted in biological reality, with a limited number of exceptions. Women’s rights, which depend on this classification in order to meaningfully exist, remain protected. The campaigning of grassroots women’s groups and thousands of individual women has essentially saved our sex.

Contrary to previous leaks though, the statement contains no new commitment to the strengthening of single-sex provision, although it does reiterate the facts:

The Equality Act 2010 clearly protects transgender people from discrimination. The same act allows service providers to restrict access to single sex spaces on the basis of biological sex if there is a clear justification.

There is an erroneous belief, promoted by trans activist groups, that trans people are currently entitled, through the Equality Act 2010, to use facilities and services which correspond to their ‘gender identity.’ This is not the case: the Equality Act is very clear about single-sex exemptions and the circumstances in which these can be used to exclude all members of the opposite sex, however they identify. This forms the basis of women’s rights, and without these exemptions there would be no lawful way of providing single-sex services in the first place. Services such as rape crisis centres and refuges have always met the test of being, according to the Act’s requirements, ‘a proportionate means of meeting a legitimate aim,’ in other words no other way of providing these services would properly meet the needs of the people who need to use them.

Stonewall, Mermaids and Gendered Intelligence, amongst other trans advocacy groups, have had undue influence on businesses, organisations and service providers in the years since the Trans Inquiry of 2015. Their interpretation of the law is informed by an ambition for trans inclusion at any cost, as shown by this evidence to the Equality Act Inquiry submitted by Stonewall:

Under the Act, trans people have the right to access single-sex services in line with their ‘acquired gender’, and are not required to obtain a Gender Recognition Certificate (GRC), or have undergone any form of medical intervention, to be eligible for support in these services.

Through diversity training packages and educational literature these groups have changed the wording of the Equality Act to meet their own requirements and then ‘educated’ businesses and institutions in the new interpretation. It is deliberate rather than accidental, evidenced by the fact that they also lobby to have the single-sex exemptions removed from the Act, a needless demand if trans people are already qualified to use them in line with their gender identity. At the same time they advise clients to remove ‘sex’ from their equality policies in favour of ‘gender,’ presumably because ‘gender’ has a less distinct meaning and can therefore be made to include both sexes. The resultant widespread confusion over what exactly is permissible under UK law has led many businesses to become more ‘inclusive’ by unwittingly removing women’s rights. A look through the members of the Stonewall Diversity Champion scheme show just how widespread this influence has become in the UK.

If trans people are left feeling that their rights are being ‘rolled back’ by the GRA consultation response, the fault lies entirely with the groups meant to represent them, who have consistently overreached themselves and presented demands as if they are already rights. They have done this, not only without asking women first, but whilst actively abusing those women who have noticed. The claim that ‘only trans people can talk about trans issues’ and that any questioning at all means that you are ‘debating a trans person’s right to exist’ has excited allies into a frenzied free-for-all of latent misogyny, leading to a situation where it has been depressingly easy to shut women down and frighten onlookers into silence. The recent demonisation of JK Rowling is only the tip of the iceberg.

The refusal of most of the press and the media to accurately represent the issue has led to a one-sided public perception of a marginalised minority versus some evil TERFs. The truth is that women are defending existing rights, and these rights are often ones which benefit the most marginalised and disadvantaged of all women: those in prisons or refuges, the sick or elderly, and victims of male sexual violence. The groups who advocate on behalf of trans people have cultivated such a distorted view of women that now it is increasingly common to see a rape victim being cast as a bigot rather than a person who needs a female-only environment to recover and heal. The lack of empathy for women at their most vulnerable has been engineered by trans allies in a cynical attempt to facilitate sympathy for the trans cause.

The GRA consultation of 2018 was publicised by Stonewall and other LGBT groups with all the energy and encouragement you would expect. However, a proposal which would uncouple the diagnosis of gender dysphoria from the definition of transgender, thus removing all gatekeeping, has serious implications for everyone, especially women. Learning from the mistakes of the Trans Inquiry perhaps, the government expressed a wish to listen to all stakeholders in this consultation, including women. Grassroots groups such as Fair Play for Women, Woman’s Place UK and Transgender Trend, amongst others, all gave evidence to the Government Equalities Office. Women were important stakeholders, but, unlike trans people, they had no government-funded advocacy groups to alert them to the consultation. They were disadvantaged by the carefully curated prevailing atmosphere which discouraged established women’s groups from taking a stand. The Fawcett Society (Courage calls!) lacked the courage. So too did the Women’s Equality Party. BBC’s Woman’s Hour finally realised there was a consultation going on a day or two before the deadline for submissions, thus losing an opportunity to inform large numbers of women that they were entitled to have their say.

It fell to grassroots organising and a crowdfunded campaign by Fair Play for Women to get the message out. It was successful, against the odds, and thanks to these efforts the GRA consultation was inundated with irrefutable evidence from the perspective of ordinary women: whether it was prisons, sports, refuges, school toilets: everything in short that was feeling the impact of Stonewall’s policy capture. There was an awful lot of evidence. A very small percentage of the female population was up against a very large representation of the trans population and its allies, so any interpretation of the results must take that into account: the response on the street during the leafleting campaign suggested that far more women would have submitted their views to the consultation had they known it was happening. Women are still being under-informed today: the press and the BBC still report this as a ‘trans issue’ and are failing to inform women of the implications for them on their lives and on their rights.

Thanks to the work of feminists in raising awareness many more people now are noticing, and speaking up, despite repeated attempts to deny biology and override people’s perceptions. The notion of consent is being revoked by people who consider themselves progressive, at the same time as the bandwidth of trans is being widened to include cross-dressers, part-timers and anyone else whose ‘gender identity’ is non-conforming.

What is being reported as an issue of ‘trans equality’ is equally a matter of women’s equality. Trans people have protection in the Equality Act under the protected characteristic of ‘gender reassignment’ and this will not change. Nor will the extra protection afforded by hate crime legislation, a protection which is denied to women. Trans people stand to gain if sex becomes a matter of personal choice and single-sex provision is redefined to include both sexes, but women are left with nothing. The legal definition of a woman is ‘a female of any age’ and female is a sex which excludes males. Without the legal definition of sex there are no women’s rights.

Trans people have a right to live with safety and dignity and without discrimination, but they don’t have a right to take women’s hard-won rights in order to achieve this. The demands of trans lobby groups should never have been allowed to ride roughshod over the rights of women and girls in the first place. Liz Truss, in her commitment to the existing legal definition of the female sex, and some sensible checks and balances on who can identify as trans, has made a welcome first move to redress the balance. 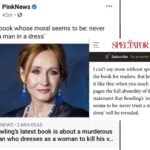 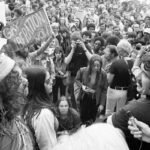 What Was Happening Before ‘Just be nice feminism’? Part VI: Pride Parade 1972