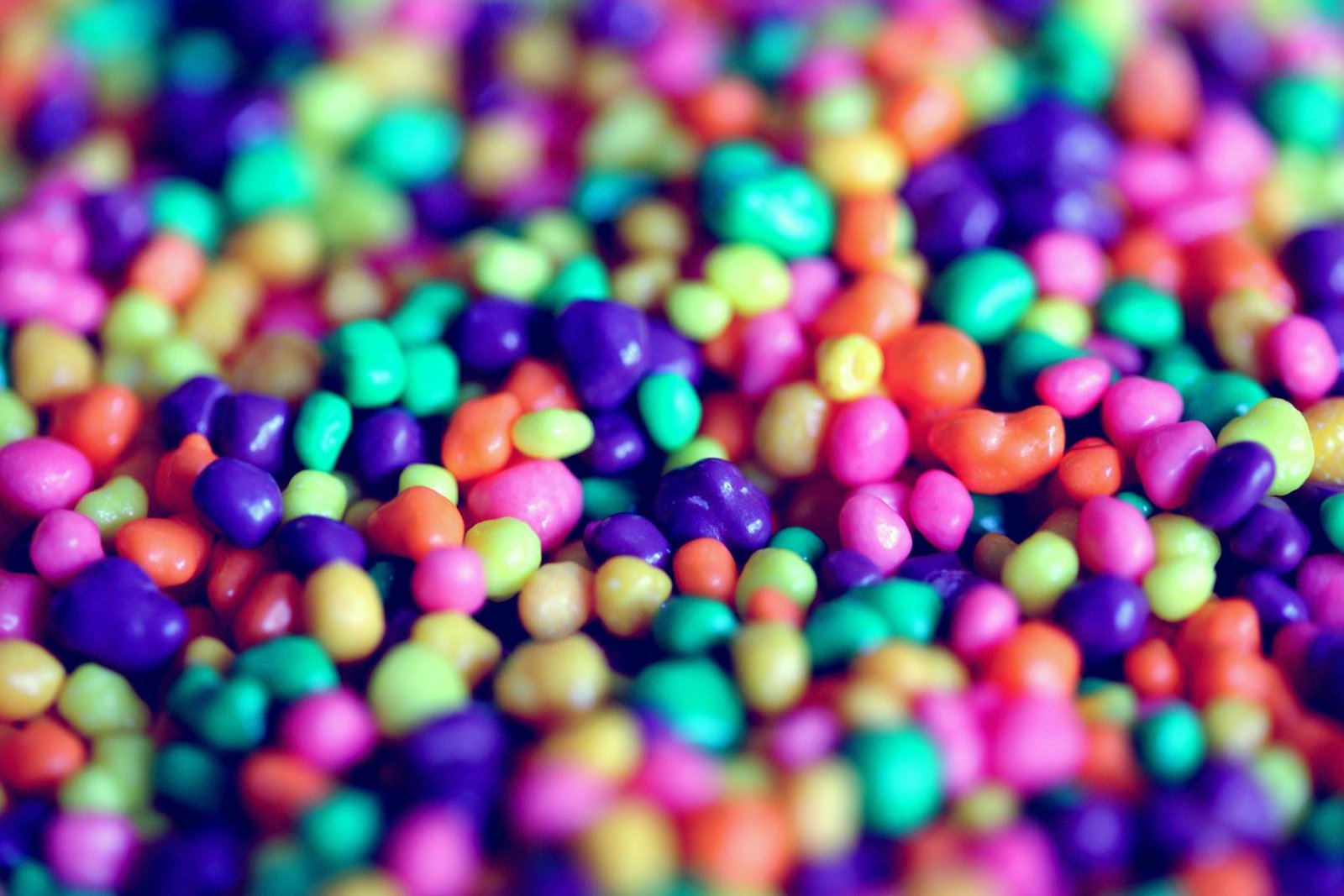 The 2019 election is a complicated one for many who support women’s rights, particularly in the realm of gender identity and self-ID.

Many of us are finding it difficult to know where to mark our ‘X’ in the forthcoming General Election. I’ve seen many women and male allies openly discussing spoiling their ballot rather than supporting any political party that seems unable or unwilling to answer the question ‘what is a woman?’

If your options are limited to the main political parties, I’ve put together a snapshot of their policies towards women and gender identity. Given that I haven’t decided yet myself, I’m not trying to tell you who to vote for. I hope merely to answer some questions you may have about where the parties stand at this point.

The Conservative and Unionist Party

As the party which began the controversial consultation on reforming the Gender Recognition Act and introducing Self-ID, you would think there would be some mention of it in the Conservative Manifesto. You would be wrong.

The Conservatives appear to have run away and run away fast from this policy. Who could forget Maria Miller, who as Chair of the Women and Equalities Commission one famously said that the only opposition to reform of the GRA came from women ‘purporting to be feminists’, openly called for providers of single-sex services to abandon the provisions of the Equality Act and instead “…be supporting trans women.”

What may interest those who wish to be able to speak freely about the conflict between women’s rights and self-identification of gender, whether or not their ‘purport’ to be feminists, is this passage in the manifesto: “We will also strengthen academic freedom and free speech in universities…” Gender Critical academics have often faced hostility in the workplace, attempts at ‘no platforming’, sometimes from fellow academics and university students, and calls for them to be disciplined or lose their jobs.

On wider women’s issues, there are a few warm words:

We will continue to fight crime against women and girls, including rape, Female Genital Mutilation and forced marriage. Our support for the main carer receiving Universal Credit will help give greater independence to individuals, most often women, trapped with coercive partners.”

The Labour Party manifesto appeared, at first glance, to have included a firm commitment to ensuring single-sex provision as supported by the Equality Act. The passage “ensure that the single-sex-based exemptions contained in the Equality Act 2010 are understood and fully enforced in service provision,” led to some celebration on twitter. More cynical, or perhaps realistic, heads pointed out the commitment to “reforming the Gender Recognition Act 2004 to introduce self-declaration for transgender people” might make the earlier commitment meaningless.

At present, trans people with a Gender Recognition Certificate can be excluded from single-sex services such as rape crisis centres, so a commitment to enforce this, even after self-declaration was introduced, sounds positive, plans to “eliminate remaining areas of discrimination in law, ensuring that LGBT+ people can live in safety and dignity,” suggest some potential conflict here which the manifesto does nothing to resolve.

Where better to seek clarification than from the women who until the dissolution of Parliament was Shadow Secretary of State for Women and Equalities? It appears, however, that Dawn Butler is either unaware of the manifesto commitment to uphold sex-based exemptions and the law as it currently stands, or attempting a rear-guard action to change policy agreed in the Clause Five meeting. She has tweeted that

This was retweeted by the Labour Press team.

Laura Pidcock, speaking on the Today Programme stated that  “I think that there has to be the enforcement of single space exemptions for women to heal and recover and it is absolutely crucial that there are spaces, that there is provision, for trans people to also get the help and support they need.”

Women need clarity from the Labour Party as to which interpretation of the manifesto is the correct one. Angela Raynor, who is famously dismissive of women’s concerns around self-identification of gender, dodged the issue on The Andrew Marr Show, vowing to protect everyone but not saying how this would happen. Woman’s Place UK wrote to Ann Henderson, Chair of the NEC Equalities Committee, for clarification and received back a promising statement that

“The Manifesto commitment on single sex exemptions as outlined in the Equality Act 2010, is as it is written. It is clear from the work of the UK Parliament’s Women and Equality Select Committee, and some of the submissions to Labour’s National Policy Forum, that the exemptions are poorly understood and that, in practice, there are often barriers to service providers and employers using the exemptions as they were intended to be used. So Labour will take that up, as stated in the Manifesto.”

It’s worth remembering that these commitments may only hold fast for as long as it takes to undertake the “culture shift required to make LGBT+ inclusivity a reality”. The LGBT+ Labour twitter account is also doing a good job of undermining these commitments by misrepresenting the law with the claim that ”The law doesn’t differentiate between gender and sex. Labour would reform the GRA immediately so sex/gender is based on self ID. Therefore banning mixed sex wards would not discriminate against trans people. Hope that makes sense!”

In other aspects, the Labour Manifesto is promising for women, with commitments on domestic abuse, equal pay, increased maternity pay and flexible working, amongst others. Labour has also committed to compensating the WASPI women who lost out due to the raising of the state pension age for women.

The Liberal Democrat manifesto has a  commitment to “complete reform of the Gender Recognition Act to remove the requirement for medical reports, scrap the fee and recognise non-binary gender identities”. So in effect, introduce self-declaration of gender. They have also committed to extend equality law to cover gender identity and expression. At the moment the protected characteristic is gender reassignment, but the combination of these two commitments would mean that anyone could acquire the protected characteristic via self-declaration. This would bring into sharp focus the conflict between ‘sex’ – also a protected characteristic, and ‘gender’.

Jo Swinson, leader of the Liberal Democrats, appeared on The Andrew Marr Show and managed to insult all women in general and lesbians in particular, by suggesting that lesbian women being admitted to a women’s refuge were just as likely to be a danger to women as a man who identifies as a woman. The responses to Julie Bindel’s tweet do not make pleasant reading for the Lib Dem leader.

However, this is not the first time that Swinson has shown questionable judgement on the trans issue. During her leadership campaign she praised transwoman Sarah Brown and used the hashtag ‘BollocksToTransphobia’. Incredulous women were rather quick to point out that Sarah Brown was used to bollocks, having told people to ‘suck my formaldehyde pickled balls’ on more than one occasion.

Perhaps unsurprisingly for a party that referred to women as ‘non-men’, the Green Party manifesto embraces reform of the Gender Recognition Act at the expense of women. Not only is the Green Party committing itself to updating “the Gender Recognition Act to allow trans youth and non-binary people to get legal recognition through self-declaration,” it is also promising to do away with the “spousal veto”. The manifesto misrepresents this as “so that married trans people can acquire their gender recognition certificate without having to obtain permission from their spouse.” In reality, the so-called “spousal veto” allows a spouse to dissolve the marriage before the granting of a GRC. A spouse cannot prevent transition, but can opt out of the marriage before it is legally recognised. The Green Party have therefore committed themselves to forcing women to remain married to men who have obtained a GRC and are now legally recognised as women.

The Green Party have also committed themselves to adding an X marker to passports for non-binary people and have also included intersex people in this, many of whom have made repeated pleas not to be included under the trans ‘umbrella’.

Other parts of the manifesto do promote women’s rights. Misogyny will be made a hate crime and more money will be made available for women’s services such as refuges and rape crisis centres. The fact that many women will no longer be able to access these services if they are forced to accept transwomen doesn’t seem to trouble the men and non-men of the Green Party.

The SNP manifesto makes no reference to reform of the Gender Recognition Act to introduce self-declaration of gender, which was previously a manifesto commitment. The SNP had announced plans to change the law and a consultation took place in Scotland which closed in March 2018. However, the SNP government listened to concerns, including those of ministers and MSPs, and announced that while “The Scottish Government remains committed to reforming the 2004 Act and ensuring the process for trans people to access a gender recognition certificate is in line with international best practice,” more consultation would take place before a bill was introduced to the Scottish Parliament.

It’s important to remember that the SNP is the party of Mhairi Black, who called women with concerns about reform of the Gender Recognition Act and the introduction of self-identification of gender ‘Jeremy Hunts’. Mhairi likes to tell men that they can ‘pee next to me’, conveniently forgetting that she doesn’t have the right to consent to this for all women. However it is also the party of Joanna Cherry and Joan McAlpine, who have faced horrendous abuse on social media for standing up for the right of women to be heard on this issue.

The SNP manifesto seems relatively untroubled with women in general. There are references to pushing the UK government to ratify the Istanbul Convention on tackling violence against women and girls, to ensuring equality on public sector boards and to increasing maternity pay.

In the end it seems like there are warring factions in many of the major political parties on this issue. The Liberal Democrats and the Green Party seem most committed to removing single-sex exemptions whilst confusion or infighting seems to reign elsewhere. The parties are being pressed on these issues though, and that can only be good. Read the manifestos, listen to the answers (or non-answers) given to journalists and voters and make up your own mind. 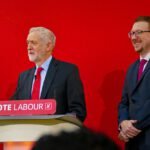 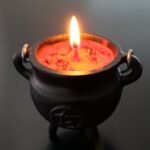