Dr Em charts the history of the development of ‘just be nice’ feminism and the inclusion of trans-identified males in the women’s movement. Part 2.

Like today, the inclusion of males claiming to be female based on sexist stereotypes split the Women’s Movement from within. This large split really began in 1972 when two lesbian feminists decided to prioritise the feelings and desires of males over females. The co-founders of Daughters of Bilitis (DOB), a lesbian civil rights group, Del Martin and Phyllis Lyons, argued for a compromise position and the inclusion of transsexuals as allies to women. This was ultimately rejected by the members, however, an exception was made for the transsexual Beth Elliott in light of his long-standing involvement. Beth was deemed a special ally to women. Jeanne Cordova reported in The Lesbian Tide in December 1972 how ‘on Tuesday, Nov. 17th, the membership of San Francisco’s Chapter of the Daughters of Bilitis voted against admitting transsexual persons into their organization. Ending a several month long “very heavy issue”.[efn_note]J. Cordova, ‘D.O.B. SAYS NO’, The Lesbian Tide, Volume 2, issue 5, December, 1972, p.21[/efn_note] This description indicates the length and strength of feeling surrounding the issue of whether males with penises could be lesbians and should be permitted into lesbian activism. ‘Del Martin, co-founder of D.O.B. and member of the San Francisco Chapter said, “D.O.B. has always been set up as a woman’s organization. A person before having the operation (to become a woman) is not legally a woman. Phyllis (her lover and co-founder of D.O.B.) and I understand both sides of the issue. . .it’s regrettable that it had to come up this way.”[efn_note]J. Cordova, ‘D.O.B. SAYS NO’, The Lesbian Tide, Volume 2, issue 5, December, 1972, p.21[/efn_note] They argued that there were two sides to whether males could be lesbians. Why must women and feminist always consider what men want? Why can’t feminists and the Women’s Movement prioritise female needs? Cordova recounted how ‘in recent months the subject and matter of transsexuality has become once again a controversial issue among gay groups and organizations. In the San Francisco chapter of the Daughters of Bilitis, the issue has threatened to split that organization in half’.[efn_note]J. Cordova, ‘D.O.B. SAYS NO’, The Lesbian Tide, Volume 2, issue 5, December, 1972, p.21[/efn_note] There was broad feminist and lesbian opposition within the grass roots movement.

Cordova related how women insisted ‘that transsexuals are “only synthetic women”, who “should start trying to relate to each other and get out of our space”, a number of S. F. D.O.B. members recently went on a campaign to oust two transsexual members of that organization’.[efn_note]J. Cordova, ‘D.O.B. SAYS NO’, The Lesbian Tide, Volume 2, issue 5, December, 1972, p.21[/efn_note] In the campaign, they stated “We don’t like them voicing their opinions as lesbians. They are not lesbians. Even after surgery it would be hard to accept these people as lesbian women. There is no excuse for this ‘passing’. These people should accept themselves for what they are. Their oppression is different than the lesbians’ oppression.”[efn_note]J. Cordova, ‘D.O.B. SAYS NO’, The Lesbian Tide, Volume 2, issue 5, December, 1972, p.21[/efn_note] One group of women argued that males cannot change sex or be lesbians, the other argued sexist ideas of male and female brains, so feminist. Cordova recorded that some DOB members ‘in an article written from the standpoint that male-to-female transsexuals are women, and should therefore be allowed in DOB, have stated: “A transsexual is a woman who is born in a man’s body or a man who is born in a woman’s body, and who goes through reconstructive surgery to bring his or her body into harmony with her mind’.[efn_note]J. Cordova, ‘D.O.B. SAYS NO’, The Lesbian Tide, Volume 2, issue 5, December, 1972, p.21[/efn_note] Cordova pinpointed that ‘the entire issue regarding transsexuals in DOB really boils down to whether or not one accepts science’s definition of a male-to-female transsexual as a woman; whether or not one accepts that any such woman who feels love for only women, who relates to only women, who identifies herself as a lesbian, is a lesbian”.[efn_note]J. Cordova, ‘D.O.B. SAYS NO’, The Lesbian Tide, Volume 2, issue 5, December, 1972, p.21[/efn_note] The lesbian feminists who opposed males in their spaces, definition and sexuality were then chastised with the concept of ‘true trans’. The ‘just be nice’ women argued that “the true transsexual wants not just to be a woman (or man) inside, but also to have the physical body of their true sex. Despite all the disadvantages involved with being a woman and a lesbian, the transsexual woman, with the alignment of her body with her psyche, gains her self-identity and her self-esteem. And that is everything”.[efn_note]J. Cordova, ‘D.O.B. SAYS NO’, The Lesbian Tide, Volume 2, issue 5, December, 1972, p.21[/efn_note] It looks like ‘And that is everything’ was an early form of the modern slogan ‘no debate’. It is interesting to note that these women posited male self-esteem and male mental health as the everything, the point, of lesbians and feminists.

It was the infiltration and inclusion of the male Beth Elliott in a lesbian feminist group which arguably birthed liberal ‘feminism’. It was reported in The Gay Liberator that ‘Commenting on the vote, Del Martin, co-founder of DOB and member of the San Francisco group, said, “DOB has always been set up as a woman’s organization. A person before having the (transsexual) operation is not legally a woman.” But a sizeable minority disagreed. “En masse and in something akin to cold fury,” the entire staff of Sisters magazine, the monthly publication of SF DOB, resigned their positions and their membership in DOB’.[efn_note]‘DOB EXCLUDES TRANSSEXUALS San Francisco, The Gay Liberator, issue 24, February 1, 1973, p. 3.[/efn_note] Women, supposedly lesbian feminists, sided with a man over women and women’s interests. ‘In an open letter from the former staff of Sisters, they described the lone transsexual member (who was also part of the Sisters staff) as “a devoted worker who has poured hundreds of hours of time and energy into DOB. Unfortunately for her, she was born into a man’s body and is now voted out of DOB and forbidden to write for Sisters“.[efn_note]‘DOB EXCLUDES TRANSSEXUALS San Francisco, The Gay Liberator, issue 24, February 1, 1973, p. 3.[/efn_note] Because he is a man. The staff of Sisters highlight the concept of women as vending machines which men put kindness tokens into and get a reward. This is the idea of ‘honorary woman’ because he had spent time writing articles. That this man got women’s rights as a reward for speaking for women and taking a woman’s place. These staff members of Sisters had been ideologically captured, they had swallowed the lie that a white heterosexual male is oppressed as a woman, if not more oppressed. They blindly stated “We will have no part in the oppression of our sisters [men in dresses],” and “We voted to keep DOB open to all women, we lost, and we will now seek an alternative to DOB”.[efn_note]‘DOB EXCLUDES TRANSSEXUALS San Francisco, The Gay Liberator, issue 24, February 1, 1973, p. 3.[/efn_note] This fracture occurred, the ideological capture, the putting men before women, because of the inclusion of one ‘transsexual ally’, Beth Elliot.

Still, feminist pushback to males in female spaces and the Women’s Movement and Lesbian Movement and the ‘just-be-nice’ women who enabled this was on the increase. They lost the vote and male transsexuals were not to be included in the lesbian activist group, apart from one special transsexual ally – Beth Elliot. Only a few months later in 1972 Beth Elliott was expelled from the lesbian feminist group DOB over allegations that he had sexually harassed and assaulted the lesbian Bev Jo Von Dohre.[efn_note]S. Stryker, Transgender History (Seal Press, 2008). pp. 102–104.[/efn_note] Similar to the current sexual assault allegations against the trans rights activists Eli Erlik, allegations against Lilly Madigan, allegations of indecent exposure in the workplace against Jess Bradley, the rape allegations against Kami Sid, the sexual assault allegations against Andi Dier who heckled Rose McGowan, and the paedophilia allegations against trans activist Jessica Yaniv, to name just a few, the allegations against Elliott were dismissed as transphobia.[13][efn_note]https://simplereceipts.wordpress.com/2018/12/07/eli-erlicks-coverup-attempts/ https://theothermccain.com/2017/12/27/ex-partner-accuses-nonbinary-transfemme-elierlick-of-sexual-abuse/ https://twitter.com/ripx4nutmeg/status/1174204957689618434?lang=en https://thetab.com/uk/2018/07/30/nus-trans-officer-suspended-over-claims-she-posted-explicit-photographs-of-a-person-flashing-75122 https://dailytimes.com.pk/401245/kami-sid-breaks-silence-over-rape-and-intimidation-allegations/ https://www.dailydot.com/irl/andi-dier-rose-mcgowan-metoo/ https://thepostmillennial.com/exclusive-jessica-yaniv-accused-of-trying-to-share-child-porn-sexual-harassment-of-minors/[/efn_note] One of the clearest signs that people don’t really believe that these transsexuals/transgenderists have changed sex is that their behaviour will be excused and a woman disbelieved and slandered if she speaks up. Indeed, some women on the editorial board of supposedly feminist Sisters magazine with Elliott walked out over the decision to remove him because of sexual assault allegations. Some women will always support males over females. The vote of ‘No’ to include males was not taken as a complete sentence and ‘It was decided to have a National Lesbian Conference in L.A. in the spring of ’73’ because ‘D.O.B. in San Francisco [was] split over the trans-sexual issue’, part organised by the transsexual accused of sexual assault – Beth Elliot.[efn_note]‘From Us’, The Lesbian Tide, Volume 3, issue 1, August, 1973, p.4[/efn_note] 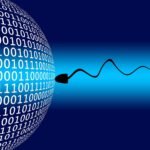 Sex is Binary: A Response to ScienceVet’s ‘Sex Spectrum’ 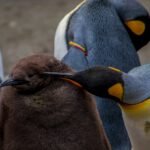